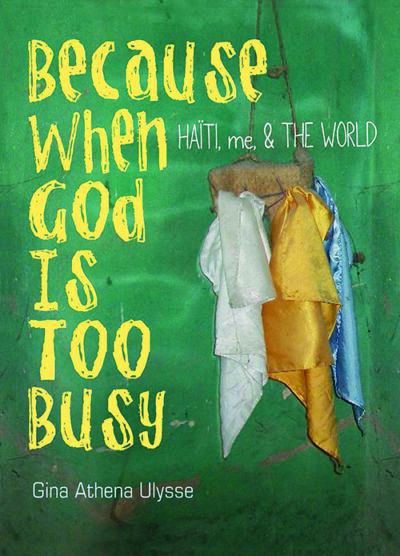 BECAUSE WHEN GOD IS TOO BUSY: Haiti, Me, & THE WORLD

Because When God Is Too Busy: Haïti, me & THE WORLD is a lyrically vivid meditative journey that is unapologetic in its determination to name, embrace and reclaim a revolutionary Blackness that has been historically stigmatized and denied. Crafting experiments with “ethnographic collectibles” of word, performative sounds, and imagery to blur genres and the lines between the geopolitical and the personal, this collection is a testament to postcolonial inheritances. Ulysse’s work remixes samples from a range of references as it beckons readers to bear witness to a coming of age as she shifts between time and place and plays with languages to stretch the margins of aesthetics in the academic. These poems, performance texts, and photographs gather fractured memories—longings laced with Vodou chants confronting a past that looms too largely in the present. Because When God Is Too Busy searches for humility while honoring sacred and ancestral imperatives to recognize and salute power beyond Western attachments to reason. 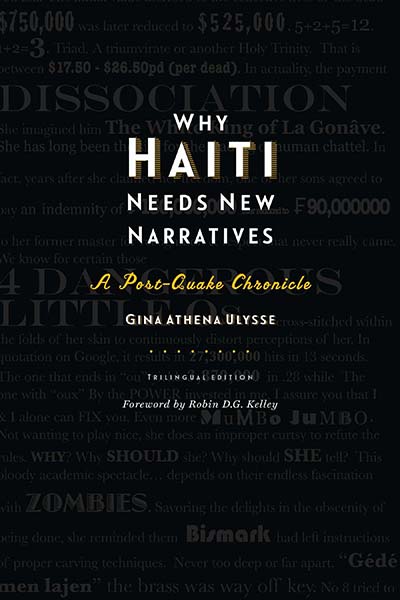 Mainstream news coverage of the catastrophic earthquake of January 12, 2010, reproduced longstanding narratives of Haiti and stereotypes of Haitians. Cognizant that this Haiti, as it exists in the public sphere, is a rhetorically and graphically incarcerated one, the feminist anthropologist and performance artist Gina Athena Ulysse embarked on a writing spree that lasted over two years. As an ethnographer and a member of the diaspora, Ulysse delivers critical cultural analysis of geopolitics and daily life in a series of dispatches, op-eds and articles on post-quake Haiti. Her complex yet singular aim is to make sense of how the nation and its subjects continue to negotiate sovereignty and being in a world where, according to a Haitian saying, tout moun se moun, men tout moun pa menm (All people are human, but all humans are not the same). This collection contains thirty pieces, most of which were previously published in and on Haitian Times, Huffington Post, Ms Magazine, Ms Blog, NACLA, and other print and online venues. The book is trilingual (English, Kreyòl, and French) and includes a foreword by award-winning author and historian Robin D.G. Kelley. 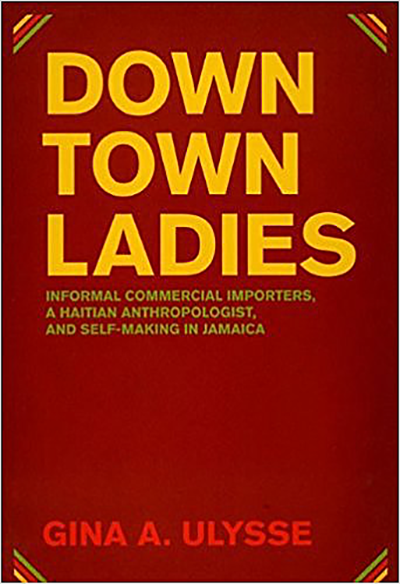 The Caribbean “market woman” is ingrained in the popular imagination as the archetype of black womanhood in countries throughout the region. Challenging this stereotype and other outdated images of black women, Downtown Ladies offers a more complex picture by documenting the history of independent international traders—known as informal commercial importers, or ICIs—who travel abroad to import and export a vast array of consumer goods sold in the public markets of Kingston, Jamaica.